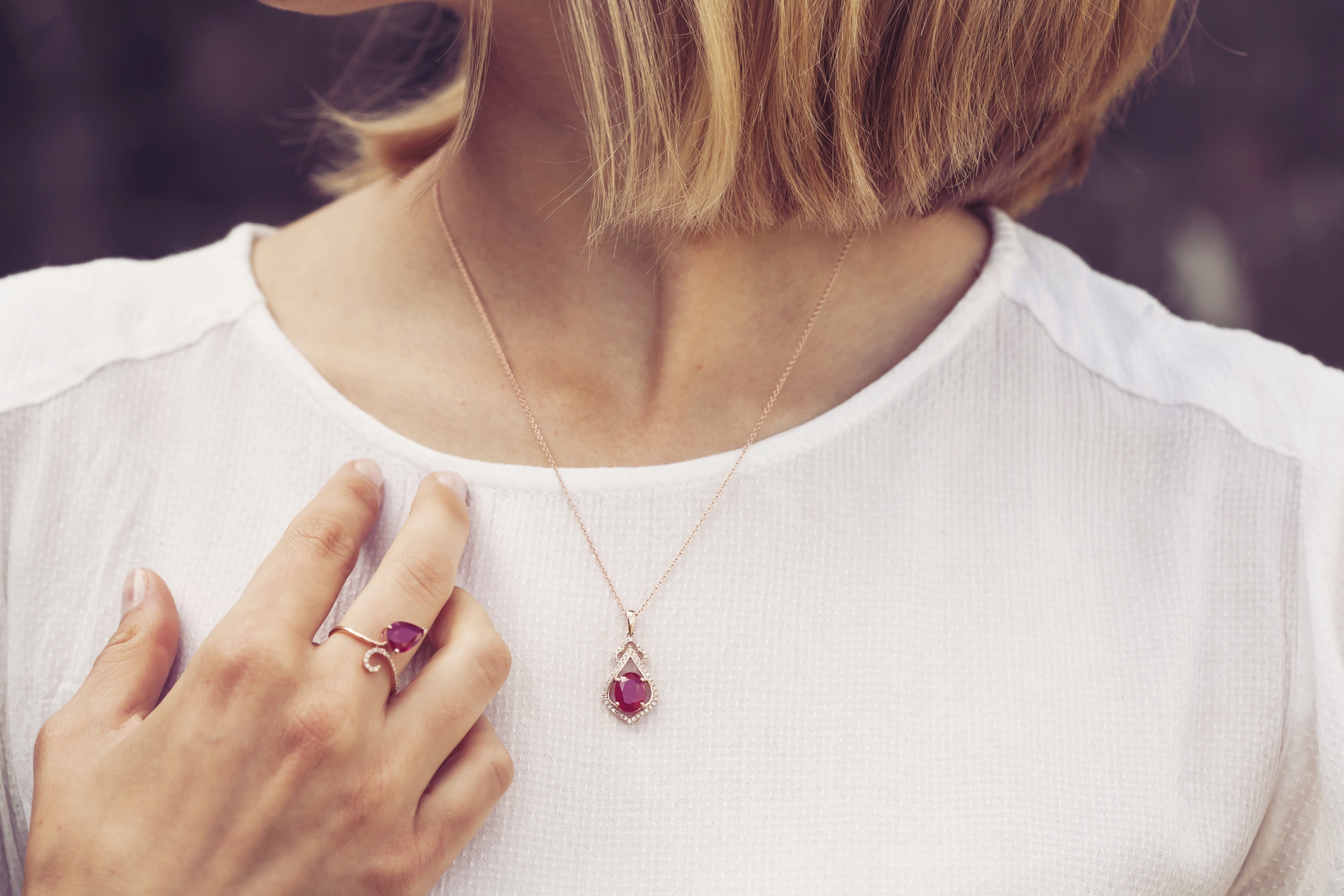 Dazzle the senses- Those born in January are fortunate to receive garnet as their birthstone, which is both gorgeous and diverse. Garnets are most often red, although they may also be found in a range of hues, including vivid green. Depending on the lighting, garnets may even change colour from blue to purple. The true value of the garnet birthstone, according to some, is its ability to bring good health, riches, and happiness to the wearer.

Garnets have earned a reputation for themselves by keeping up with the growth of style and colour trends in fashion, thanks to their immensely rich colour range that assaults our visual senses. Garnets have recently been a great source of inspiration in the jewellery market.

Garnet jewellery in Australia is firm, brilliant, and since they are single-refractive gemstones, their colour hues are vibrant and well-suited to fashion, which favours bold colours. They’re also one of the few gem kinds on the globe that don’t go through any kind of gemological treatment.

Tsavorite comes in a variety of colours, ranging from a brilliant yellowy-green to a deep, rich forest green. It possesses an exceptional brightness that is unmatched by other green gemstones. In the gem and jewellery sector, they are gradually becoming one of the most popular Garnets. Tsavorite is nearly usually flawless and has very few impurities. It is also the rarest garnet and one of the world’s oldest jewels, having formed 60 million years ago…What a lovely jewel to be born with as a birthstone!

Tsavorite is a stone of self-assurance, wealth, and energy. It is said to help one in realizing their inner beauty, therefore guiding them to their destiny. As a consequence, it functions as a stress reliever for your partner, increasing perceptual clarity, loving knowledge, and understanding. Above all, they are very stunning!

Rhodolite Garnet gets its name from the Greek word “rose stone.” This Garnet has a magnificent rainbow of reds, pinks, and a violet tone that highlights Garnet’s brilliance and beauty. The world’s finest Rhodolite source is the Umba River Valley, which lies along the Kenya-Tanzania border. One shade of Rhodolite Garnet, a gorgeous pinkish, violet hue, is known as “Liquor Color,” so-called by local miners because it looks like a meth-elated spirit. Collectors prize these items because they are exceptionally uncommon.

One of the most unusual and rare gemstones is the Color Change Garnet. Depending on the light source, this gorgeous gemstone transforms from green to red. Most Color Change Garnets on the market today are really colour shift Garnets, meaning they don’t change colour completely. Fine Color Shift specimens, like Alexandrite, show a complete colour change from green to red under varied lighting. Gem enthusiasts seek this magnificent diamond because of its beauty and extraordinary rarity.

This gem is often referred to as an aura stone since it changes hues during the day.

Colour Change Garnets have both a protecting and relaxing effect on those who wear them. This garnet may be used as a dreamcatcher, ensuring that the owner has happy dreams.